James Walton Collection
JavaScript is disabled for your browser. Some features of this site may not work without it. 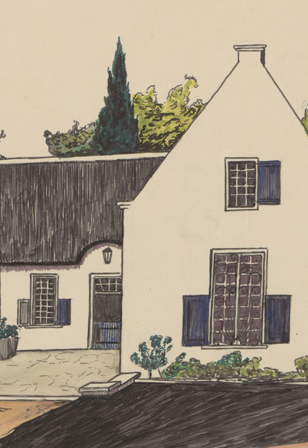 JAMES WALTON, O.B.E., FSA. B.Sc., D.ARCH. James Walton, educationist and doyen of vernacular architecture in South Africa, was born in Yorkshire in 1911 and died in Cape Town in 1999. He studied at London and Leeds Universities, serving in India and Burma during the Second World War before emigrating to Lesotho in 1947. There he held the position of Deputy Director of Education until 1960, before moving to Cape Town where he was Managing Director of Longman Southern Africa until his retirement. James Walton was appointed an Officer of the Order of the British Empire for his services. He gained recognition for his pioneering studies of the vernacular architecture of many countries in Africa, Europe and the Far East. He was a founder and Honorary Life Member of the Vernacular Architecture Group in Britain, as well as Honorary Life President and founder member of the Vernacular Society of South Africa. He has been honoured for his outstanding work on many occasions. He was the author of more than two hundred papers in jouirnals and collected works and of several books and pamphlets including Homesteads and Villages of South Africa, African Village, Cape Dovecots and Fowl-runs and Watermills, Windmills and Horse-mills of South Africa. James Walton donated his invaluable collection to Stellenbosch University for use by researchers. The complete collection consists of manuscripts, drawings, photographs, newsletters, lectures, portfolios, albums, plans, newspaper clippings, pamphlets and brochures.

Items in this collection are subject to copyright protection. Reproduction of the content, or any part of it, other than for research, academic or non-commercial use is prohibited without prior consent from the copyright holder. Copyright James Walton.